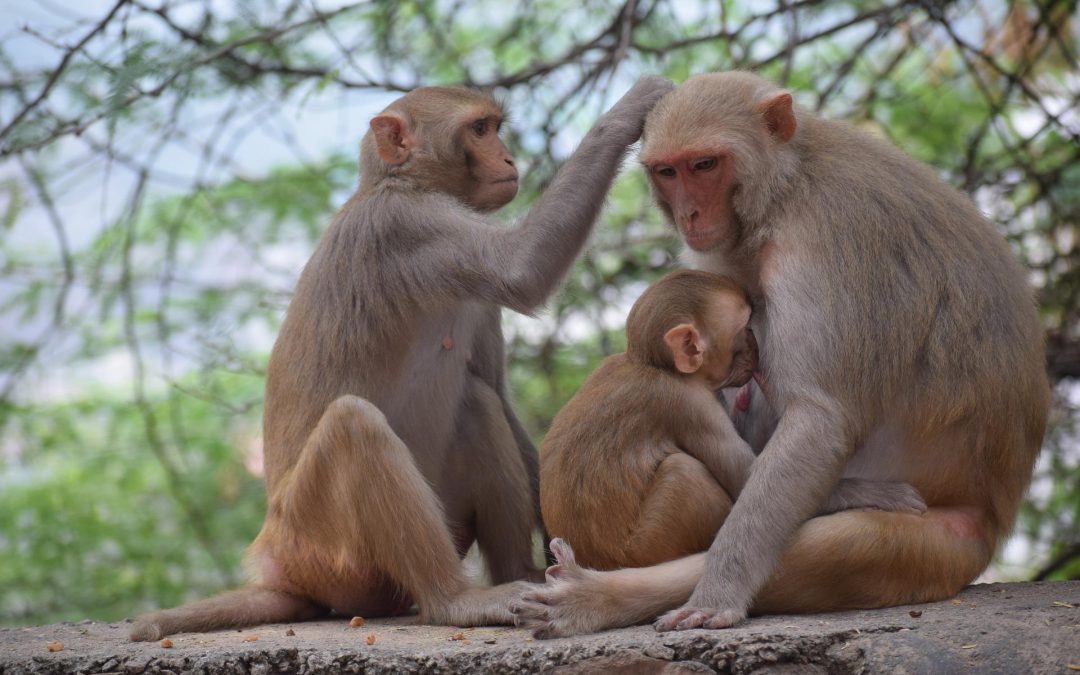 The Postpartum Dance of Estrogen, Insulin, and Cortisol, for Milk Production

The Postpartum Dance of Estrogen, Insulin, and Cortisol, for Milk Production

To understand common lactation difficulties, we need to investigate the sensitive dance of estrogen, insulin, and cortisol after childbirth and during lactation.

How we use Energy – It Matters

All living beings are able to absorb energy from outside sources and to use that energy to fuel their life. Plants get their energy from sunlight on leaves. The sunlight is metabolized into starch in the cells of leaves and is then used by the plant to fuel its further growth. This process is called photosynthesis.

Animals and insects eat the leaves and then use the plant’s starch for their own energy needs. These starches are changed into a form of sugar called glucose, which is transported around the body in the blood (blood glucose) and used to fuel the muscles and organs. Excess glucose is put into storage in the liver and muscles. When a burst of energy is needed, the stored glucose is mobilized for rapid use.

Animals and insects eat plants, but they also eat other animals and insects. This allows the eater to absorb types of tissues, vitamins, proteins, minerals and fats that the predator does not easily produce itself. For instance, humans do not produce vitamin C or vitamin B12 in our bodies. We depend on food sources. We also have a hard time producing important fatty-acids that are needed for the brain and the nerves. We get these fatty acids from certain leaves, seeds, nuts, and fish. Humans are less able to produce vitamin D in our body as we age and need to absorb it from food sources.

Human women store excess glucose in our fat pads for the specific use of having extra energy for pregnancy and lactation. In fact, fertility typically only turns on when there is enough stored fat to support a pregnancy.

The Dance of Postpartum Hormones

Insulin and cortisol are hormones that orchestrate the uses of energy (calories) that we derive from food. Insulin tells the blood glucose where to go. Cortisol dictates how our stored fat will be used.

After childbirth, insulin levels sink to an all-time low and they remain that way throughout the first long phase of exclusive lactation. With these lower levels of insulin, the body does not use blood-glucose to fuel the needs of muscles or organs. Instead, the breastfeeding hormone, prolactin, makes the breast tissue highly sensitive to even these lower amounts of insulin, so that blood-glucose can be directed into the breasts and the milk.

In this dance, the priority is on milk production. At the same time that insulin levels are kept low, the hormone cortisol is kept high. Cortisol tells the mother’s body to take its energy from stored fat. The fat is now metabolized and used for a mother’s daily energy needs. This is why, after childbirth, a mother gradually loses her excess weight: higher levels of cortisol tell her body to access its calories from her stored fat pads.

Estrogen, a hormone of fertility, is the dance partner of insulin. When insulin goes low, estrogen also goes low. This is why women no longer have menstrual cycles while breastfeeding.

When, after months of exclusive breastfeeding, a baby begins eat solids and to gradually wean, the mother’s body increases her levels of insulin. Now she begins to use her own blood-glucose for energy during daily life, and no longer her fat reserves. She begins to gain weight and to build fat reserves in preparation for the next pregnancy. When her insulin levels are high enough, and she has gained enough weight to support another pregnancy, her estrogen levels also increase. This turns on her menstrual cycle. She is ready to conceive.

Scroll down past the summary and the science extract to read how our present-day blood-sugar and insulin imbalances interfere with the hormonal dance of lactation, leading to the many lactation difficulties that are widely experienced.

Summary of the Hormone Dance

This, then, is the unique dance of hormones that is supposed to occur after childbirth.

But the mammary cells are particularly sensitive to even low levels of insulin. This allows the breasts to be fully active.

We see this postpartum pattern in studies on animals and primates (gorillas, chimpanzees and orangutans). This pattern also emerges in a set of studies from the 2000s, in which postpartum insulin levels were measured in Toba women who lived a Paleolithic lifestyle in the forests of Argentina.[1] 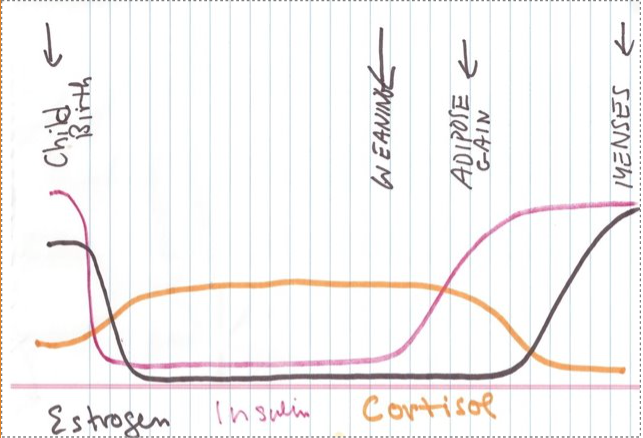 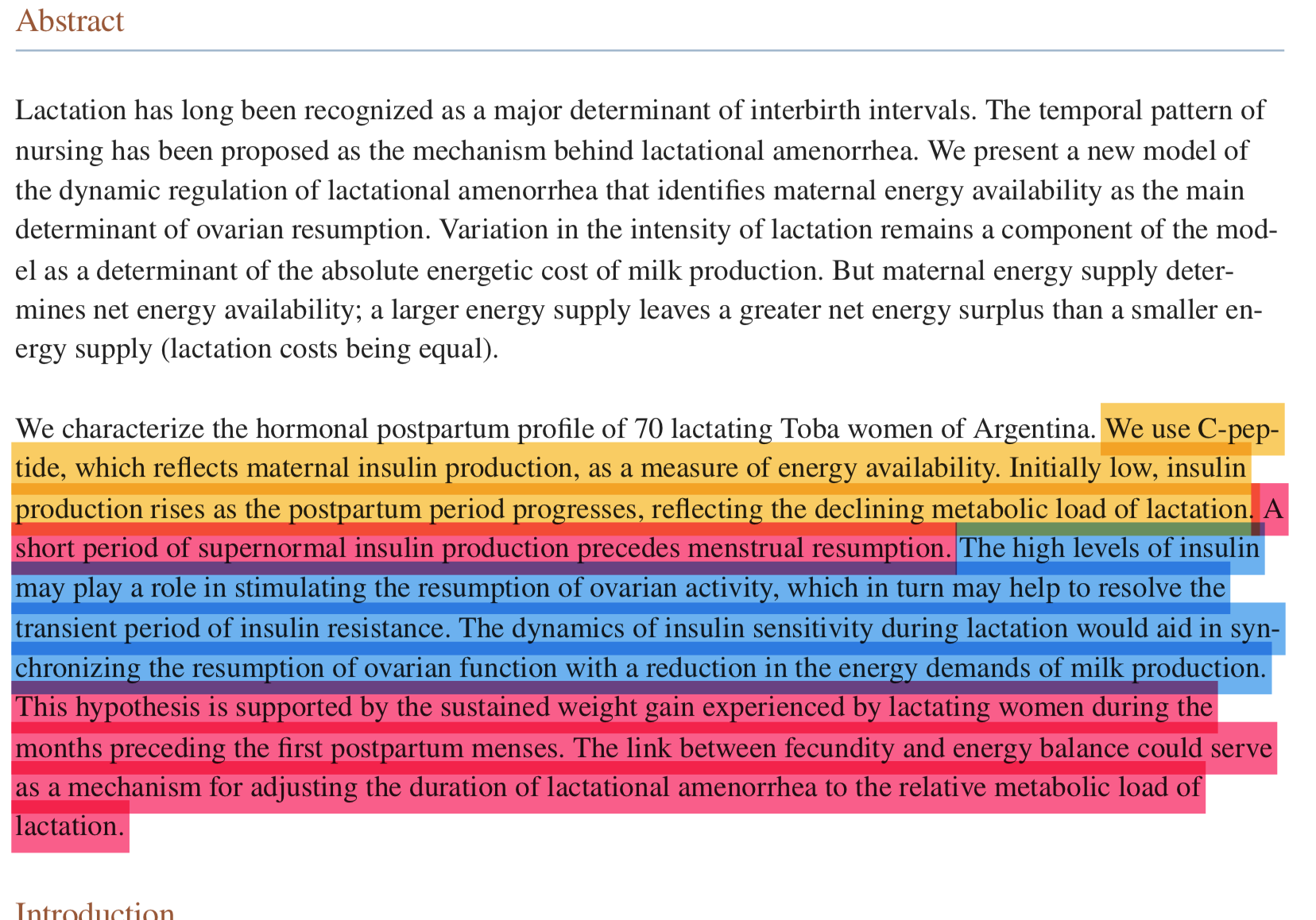 The Problem of Insulin Resistance

Most people today have some degree of a condition called “Insulin Resistance.” It typically develops throughout our formative years in response to a diet with foods that are high on the glycemic index, such as French fries, potato chips, bread, packaged breakfast cereal, candy, cookies, ice-cream, soda, pizza and so on. On this diet, the hormone insulin is constantly in demand. It becomes so active and “loud,” so “nagging,” that the cells of the body stop listening to it. They “resist” responding to insulin’s signals. They are now “insulin resistant.”

Lifestyle factors also play a role: certain medications, chemicals around the house and garden, lack of good sleep, and chemicals in the soaps and cosmetics that we use on our body: anything that causes further inflammation in the body contributes to the furthering of insulin resistance.

Insulin resistance leads to a vicious circle. When the cells of the body resist accepting energy from blood-glucose, we are actually in danger of death. Too much sugar in the blood is that dangerous.

Accordingly, the levels of insulin in the blood increase dramatically, more and more. This is called hyperinsulinemia. Higher levels of insulin produce a stronger signal so that eventually the cells do accept the signal and open up to absorb the excess glucose. But the underlying condition remains. As the body produces more and more insulin, the stage is being set for diabetes, a serious illness.

Gestational Diabetes, often dismissed as being just temporary, is a clear risk factor for diabetes and it is also a red flag for a potentially difficult start to breastfeeding.

Now that you understand the Dance of the Hormones, imagine the body attempting to create this dance pattern in the presence of Insulin Resistance and with perpetually higher levels of insulin in the body. It is not possible.

The result can be a lack of full maturation of the mammary tissue during pregnancy, delayed onset of lactation after childbirth, an unreliable supply, and early return of menstruation.

There are other results, such as mothers being unable to lose weight while breastfeeding, even needing to eat more calories to maintain their supply: they are in a struggle with their body’s insulin resistance. Drinking a sugar-laden “sports drink” is one way to force insulin to peak so its signal can get through all the resistance, and this is surely one reason that sports drinks are so popular for supply-challenged mothers.

As well, insulin resistance during our teen years, especially in combination with health problems such as eating disorders (not allowing the body to develop its normal fat pads at the onset of puberty, or being too thin to have menstrual cycles), or a hormonal condition called PCOS (polycystic ovarian syndrome – present in approximately 10% of women), can lead to a condition where the mammary glands do not fully develop at this time. This condition is known as insufficient glandular tissue, IGT.

Yet, even in the face of all this, most mothers are able to produce their personal, optimal supply. Her supply may not cover all of her baby’s needs, and she may have to top it off with donor milk or formula, but she and her baby will have that special and unique time together.

To navigate these breastfeeding hurdles, families require patience, understanding, and the guidance of a knowledgeable lactation consultant.

We pass Insulin Resistance to our Babies in the Womb

This cross-generational increase in insulin resistance is manifestly seen across the world in quickly rising levels of obesity, diabetes, kidney disease, heart disease and dementia. Because insulin resistance also increases what is called “systemic inflammation,” it promotes the development of inflammatory or autoimmune conditions, which can include depression and anxiety.

The cross-generational passing of insulin resistance is a world-health tragedy. Yet it is never described in mainstream sources and very little research—on humans—has focused on ways that we might correct it.

On animals, however, a plethora of research exists. From these studies, we know that one way to turn it around is to eat foods and take supplements that are high in antioxidants.

In animal studies, antioxidants reduce and even eliminate the impact of a mother’s insulin resistance on her unborn children. These same antioxidants protect the delicate mammary and placental tissue, and thus support the maturation of the mammary glands during lactation.

One of the mechanisms that the body uses to get rid of excess blood-glucose is to pee it out. It does this by extracting water from the deeper tissues of the body and directing this moisture into the blood, diluting the sugar in the blood so it is less damaging as it passes out in the urine.

To do this, the body takes water first from the areas between the cells (the extracellular matrix), and then from within the cells.

Only a fully hydrated extracellular matrix allows for fully functional cells and a fully developed mammary gland complex. By not addressing deep hydration, the problem remains.

It is no coincidence that traditional postpartum soups and gruels, without exception, have deep-hydrating ingredients that maintain the extracellular matrix and keep the cells fully functional. We’ll talk about this in class.

Additionally, extracts from lactogenic foods and herbs are frequently used in high-end cosmetic products because of their hydrating and moisturizing properties.

To summarize, the lactogenic diet is: