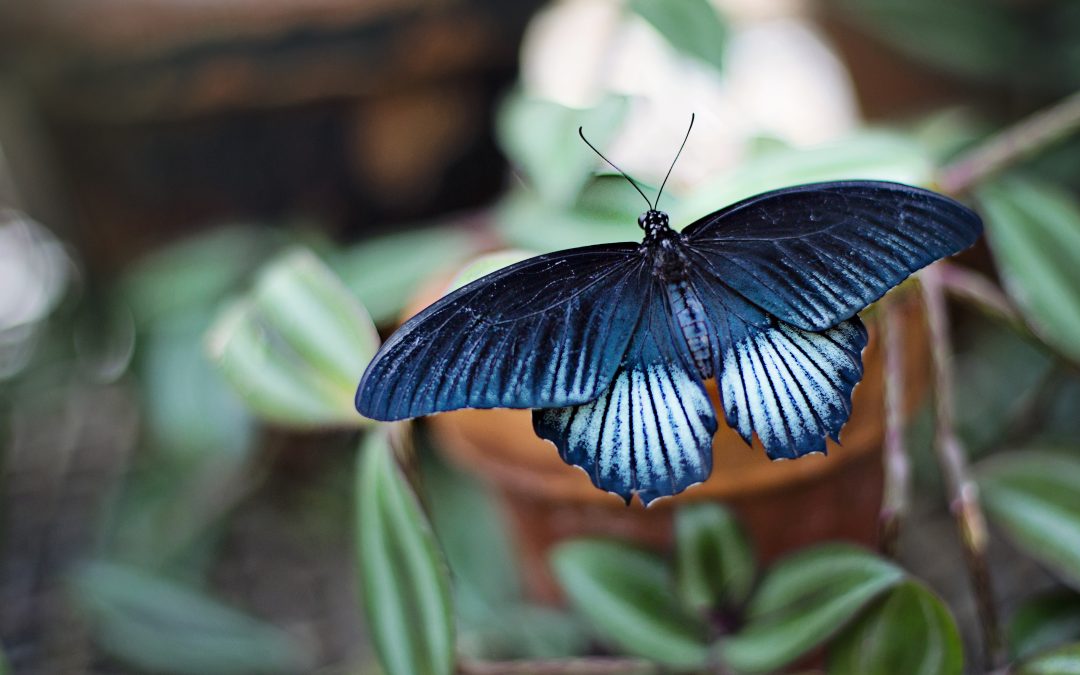 Why and How I Write What I do

Why and How I Write What I do

Since my early teens, I’ve been on a quest to find the missing pieces that might help me make sense of the world and of myself as a woman and a person.

One of my first quests was to understand why my parents hated one another and were willing to put the mental health of my brother and myself on the line for the sake of carrying out acts of revenge, punishment and disparagement. Both parents were intelligent and modern thinkers – my mother a High School English teacher and aspiring writer, and my father an electrical engineer and successful inventor. But she loved emotions and aspired to ideals of justice and to living passionately, and he loved facts, loved the dispassionate classics, and would counter her ideals with “life is not fair.” Without going too deeply into who my parents were, beyond just these basics, I want to share that they epitomized for me the tragic inability of otherwise successful and intelligent persons to get along and respect one another.

My mother was a second-wave feminist, and one of the things she taught me early on was that you should not be and could not be proud of your reproductive accomplishments (pregnancy and children) because reproduction was “mere biology,” an automatic behavior of the body, and was not the product of a creative endeavor.

As her daughter, I looked for the missing pieces: that is, for the reason she was so deeply unhappy and unable to feel a connection to other people, including to her children.

One thing both parents agreed on was to raise my brother and myself without religion. They were atheists—he from a Jewish background, and she, a Catholic. They decided to give us a fresh start. This left both of us feeling rootless and disoriented many years, but it also gave us space to explore different approaches to what it means to be human, without childhood indoctrination. For me, this exploration included a few years of Christian fundamentalism (where I learned my Bible stories and was steeped in Christian metaphysics and morality-for which I am grateful), followed by a time of atheism, and then forays into yoga and meditation. My experiments also included feeling the effects of diet and breathwork on my mood, health, and mental focus and productivity.

I understood already in my early twenties that it is a mistake to separate the body and mind: they influence one another profoundly. What followed from that thought is the recognition that my mother was wrong, and that children are not the product of “mere biology,” but are a product of who we are: mind, body, heart, soul, and experience. Years later, I would understand that our parents’ and grandparents’ diets, toxic exposures, and life experiences also play a role in our own and in our children’s health and well-being. In fact, preparing for and having children is a profound act of generational love, responsibility and creativity on every level.

I would say about my writing that, well, first of all, I never intended to become a writer of non-fiction health-related books. (My degree is in music.) I have always loved to write and dabbled in fiction, creative journaling, and poetry, but writing was a hobby. But when I became a mother myself, and I experienced first hand the sheer number of health struggles that go unanswered and unsupported by our medical experts, I began to look for all the missing pieces. I wanted to know what the suffering was all about.

My book, Mother Food, was the first result of this quest. I discovered that my body’s under-production of breastmilk responded strongly to the foods and herbs I ate, and that women around the world have traditions that are based on this same recognition. Yet for western medicine, the belief that diet mattered for lactation was viewed as “mere superstition.” Biological functions were supposed to be automatic and reliable.

While researching for Mother Food, I found valuable, even essential, information from many internationally respected sources that addressed the ways that a mother’s diet influences pregnancy, milk production, her baby’s allergies and also infant colic—and much more. I recognized that although this information was available in books and articles, it could not be found in the mothering books and magazines that women read to prepare themselves for birth and postpartum. It was unavailable to mothers.

It became my goal to collect this information into one place, one book, and to describe it in easy-to-read, compassionate and supportive language (I’ve had “mommy brain” and know it is real). In Working at this project over fifteen years to reach this goal, I learned just how difficult it can be to write good non-fiction!

Fortunately, I did a good-enough job so that now, nearly twenty years after its initial publication, Mother Food is still recommended by lactation specialists and valued by mothers.

After its publication, I thought I was done with non-fiction. I allowed myself to indulge my “hobby writing,” starting with a re-writing of fairytales that feature daughters and mothers. I wanted to re-write them in a way that allows the daughters and mothers to heal their relationships, while also talking about the suppression of women’s healing knowledge across centuries of European history. I worked on this compilation, titled Red Madder Root, off and on for six years. Then I put it aside, feeling that the time was not right to publish it.

As life would have it, in 2013 one of my dearest prayers was answered—I learned a way to help mothers heal emotionally from birth and breastfeeding trauma. On a whim, I’d taken a 200-plus hour certification class in hypnotherapy. (I thought it would be interesting, and a fun way to spend the summer.) Toward the end of the program I realized I had inadvertently acquired a set of fascinating skills that would enable me to help mothers who were suffering from birth trauma and breastfeeding grief.

I opened a hypnotherapy practice, and, after developing a set of methods that reliably help mothers resolve their grief and re-connect with their mothering-joy, I set to writing again, my second non-fiction book. “Healing Breastfeeding Grief,” was published in 2016.

The recurring theme of my life seems to be this: finding and picking up the missing pieces, organizing them newly, and then giving the tools I developed to those I hoped would find them useful.

For instance, in the 1990’s, no one talked about how food and herbs can help mothers produce a good milk supply, and in the 2010’s, no one talked about the special traumas of women who struggle to breastfeed or who have a difficult childbirth experience. This second book, too, was welcomed by postpartum specialists, and is used internationally to help mothers recover from their traumatic birth and breastfeeding experiences.

I thought I was finally done with non-fiction! (Can you tell that I really don’t like writing non-fiction? It is truly so so hard to write well!)

But in 2020, isolated in my home during the lockdowns, I felt moved to write another non-fiction book, again for mothers. This time it was a book about gardening: how to grow foods and herbs that support milk supply but also can be used in the treatment of common family health matters.

I want mothers to know that important and useful medicinal and edible plants grow wild all around us, in our neighborhoods and gardens, including weeds such as dandelion and purslane, and even common leaves and flowers. A Mother’s Garden of Galactagogues encapsulates a range of how-to-grow knowledge plus medicinal know-how. It was published in early 2021.

As I wrote the book, I couldn’t help wondering if it would turn out to be useful in the coming climate change scenarios, and so it includes many so-called “famine foods,” “drought-tolerant foods” and plants that can be grown year-round on balconies and porches.

Now, I could finally be done with non-fiction and probably with book-writing as well. I could retire, smell the roses, pet a cat, and express gratitude to friends and family. I could teach and consult.

But in 2021, the impacts of climate change were writ large around the world. Where I live, a thousand-year drought is taking its toll. Our farmers have no water for their fields. Fires burn in surrounding forests from July to September. One endless day in August, the sky filled with smoke and ash, I remembered that peculiar book of fiction that I’d written long ago about mothers and daughters and the suppression of women’s traditions. Taking the abandoned book out from storage, I went to a nearby creek where, down by the bank, sitting close to the water, the air was clear enough to breathe. Turning the pages, becoming absorbed in the stories, I was overcome by emotion and started to cry. It was the most remarkable experience. I heard my own voice from my past, reminding me how and why we commit to live our best lives, even in the darkest of times.

I wondered if, perhaps the time to publish this book had arrived. After sharing it with a few friends and getting their responses, I was convinced that many wonderful people will appreciate and feel uplifted and supported by these stories.  Perhaps though, especially, this book is for those who believe in family, who support the health of families, who have worked with the healing arts, and who have sought an authentic spiritual path, whether within or outside of any religious teaching.

The tragedies continue. Now war is creating food shortages. Lockdowns still recur around the world. The Intergovernmental Panel on Climate Change, the IPCC, tells us that even in the best case scenario, the planet will be seeing dramatic changes and loss of habitat in the decades to come.

I think about young families and children every day. I am heartbroken.

Even in the hardest of times, and even if it were the end of the world, children are born and raised. Babies must be fed. Mothers continue to need to know which of our weeds, flowers, trees, cacti, vegetables and fruit that grow all around will support their milk supply.

My hope is this: that in responding to loss and tragedy, today’s generation will realize what is on the line and stop all the fighting and quarreling. Let a culture of the heart emerge that both mourns and treasures, that grieves and offers support wherever possible.

I hope that my little book, Red Madder Root, a book of courage and honesty that I wrote long ago and have now found again, will be part of the initiation into this new phase of culture. It was inspired and written for a time such as this.